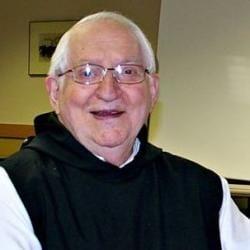 Brother Patrick Hart was Thomas Merton’s last secretary and a beloved spiritual inspiration to many. Here’s an obituary for him from America Magazine. An editor of many Merton books, Brother Patrick wrote his own small book called Patmos Journal: In Search of Robert Lax, based on journal entries from a visit to Greece. Brother Patrick was 93.