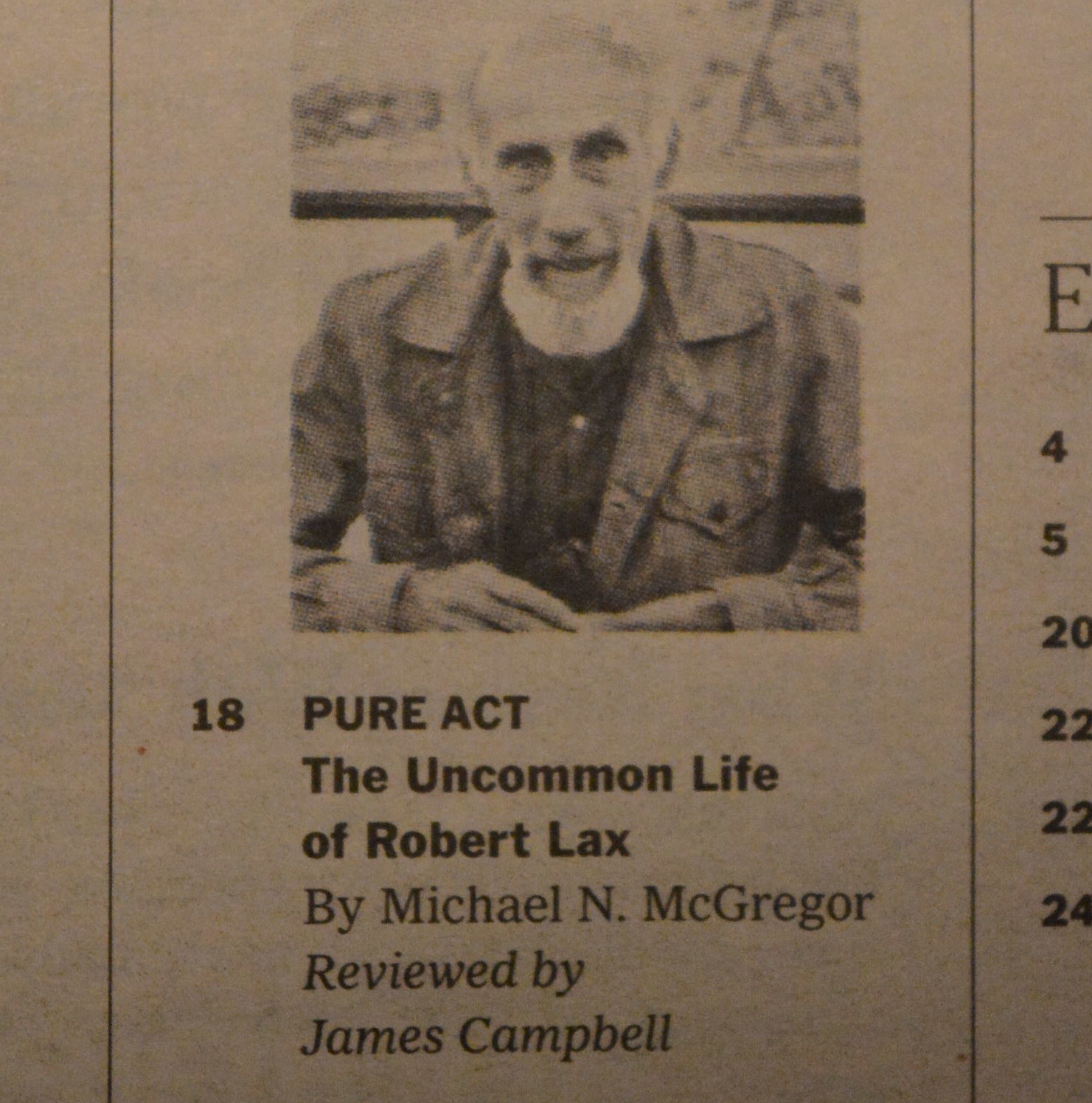 Seeing the review of Pure Act in today’s New York Times Book Review made me think it might be useful to provide links to the many reviews and related essays, articles, interviews and podcasts that have appeared since the book’s release in September.  In addition to those below, you’ll find over a dozen reviews of the book on its Amazon page.

Thank you to all who have taken the time to write about the book and Lax or publish his or my writings.

Other reviews are forthcoming in Commonweal, The Christian Century, Books & Culture, The Catholic Worker, Logos, Cistercian Studies Quarterly, The Merton Annual, The Merton Seasonal and The Merton Journal (UK)

“When the Greek Islands Were Hospitable to Strangers”–essay by Michael N. McGregor, The Christian Century

“Michael McGregor on the Instructive Life of Poet Robert Lax”—Signature

“The Hidden and the Tangible”–essay by Michael N. McGregor, BooksCombined

“A Kind of Breath, A Way of Breathing”–essay on Lax by Michael N. McGregor, forthcoming in early January in Notre Dame magazine

“Peace Is a Good Thing to Seek: The Uncommon Life of Robert Lax–An Interview with Michael N. McGregor”—Bearings Online

“An Interview with Michael McGregor”—University of Portland, English Department blog