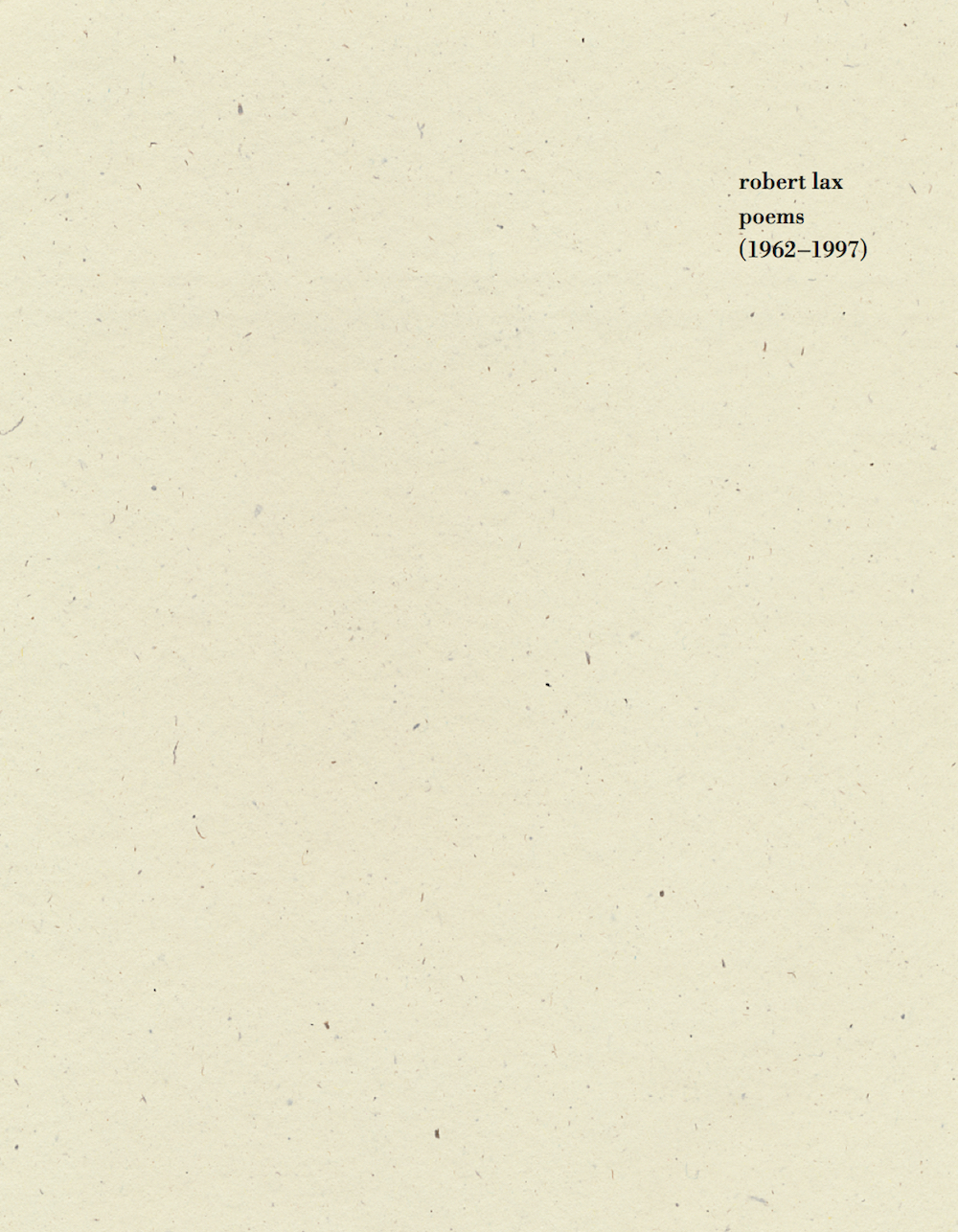 Lifelong friend of Trappist Monk Thomas Merton and abstract painter Ad Reinhardt, Robert Lax wrote spare poems that, in their beguiling simplicity, provoke anxieties about how and why we read. A typical Lax poem forms a narrow vertical column, each line of which is only one or two words long, that descends down the center of the page in repetitions and permutations: “one stone/ one stone/ one stone,” opens poems (1962 – 1997), edited and with a superb introduction by poet John Beer, “i lift/ one stone/ one stone// i lift/ one stone/ and i am/ thinking” (3). Such phrases, repeated and varied, make the reader aware, if not self-conscious, about the reading act. However, unlike other poets whose work causes readers to read themselves reading it, such as Gertrude Stein or e.e. cummings, Lax’s poems present no obvious difficulties or impediments to sense. Instead, stanzas like the above — difficult in their easiness, complex in their simplicity — lull the reader into committing the heresy of paraphrase: Lax lifts one stone and he is thinking. It’s easy, all too easy, to be lax when reading Lax.

The difficulty of reading Lax in part stems from a temporal dissonance. His poems contain so few words, repeated so many times, you almost can’t help but read them fast, too fast, much too fast, even as their form and content gesture toward a meditative slowness that remains just out of reach. “hurry/ up/ hurry/ up/ hurry/ up,” beseeches one stanza, only for the next to admonish, “slow/ down/ slow/ down/ slow/ down” (48). The two stanzas’ forms are almost identical to one another but their contents advocate for opposite reading cadences,each facilitated by the repetitive form. Quick: the reader can skip over the repeated words without much loss because she’s already read them anyway. Slow: the repetitions force the reader to take notice of them and slow down. The back-and-forth commands to “hurry/ up/ slow/ down// hurry/ up/ slow/ down” represent the simultaneous conflicting imperatives of Lax’s poetry (48).